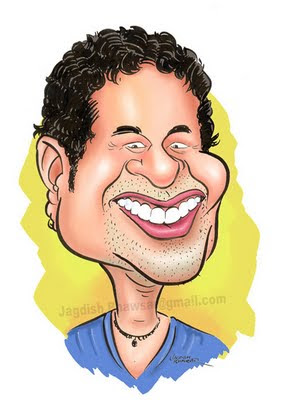 Sachin Tendulkar is an Indian cricketer widely regarded as one of the greatest batsmen in the history of cricket. In 2002, Wisden ranked him the second greatest Test batsman of all time, next to Donald Bradman, and the second greatest one day international (ODI) batsman of all time, next to Viv Richards.In September 2007, the Australian leg spinner Shane Warne rated Tendulkar as the greatest player he has played with or against. Tendulkar was the only player of the current generation to be included in Bradman’s Eleven. He is sometimes referred to as Little Master or Master Blaster.
Tendulkar is the highest run scorer in both Test matches and ODIs, and also the batsman with the most centuries in either form of the game. The first player to score fifty centuries in all international cricket combined, he now has more than eighty international centuries.