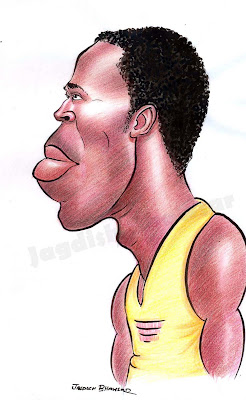 Usain St. Leo Bolt, C.D. is a Jamaican sprinter and a three-time Olympic gold medalist. He holds the world record for the 100 metres, the 200 metres and, along with his teammates, the 4×100 metres relay. He also holds the Olympic record for all three of these races. At the 2008 Summer Olympics, Bolt became the first man to win three sprinting events at a single Olympics since Carl Lewis in 1984, and the first man to set world records in all three at a single Olympics. In 2009 he became the first man to hold the 100 and 200 m world and Olympic titles at the same time.