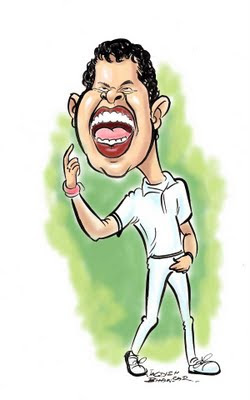 is an Indian cricketer. He is a right-arm fast-medium-pace bowler and a right-handed tail-ender batsman. In first class cricket, he plays for Kerala and in the Indian Premier League, he plays for Kings XI Punjab. He is the first Kerala Ranji player to play Twenty20 cricket for India. He is noted for his exuberant and emotional behaviour, especially whilst appealing for and celebrating wickets. Such trademark behaviour has seen him frequently fined for violating the player conduct guidelines of the International Cricket Council. In October 2009, the BCCI and Kerala Cricket Association issued separate warnings to Sreesanth for indiscipline, failure of which could invite drastic actions such as ban from domestic cricket.
Outside cricket, Sreesanth is a psychology student. In his childhood, he was a breakdancer, and had become a national champion when he was in eighth grade.